Usually anything to do with certificates and security, I end up spending far more time than I expected, so this blog post is an attempt to reduce time spent in the future. Certs bloody certs. Ok, so the scenario:

One customer had a container image running a http service on a docker host, however, it could only be accessed via an nginx reverse proxy. This proxy provided SSL termination and forwarded the requests to the http service, along with the identity of the client via http headers (this was extracted from the client ssl cert that was provided to nginx). 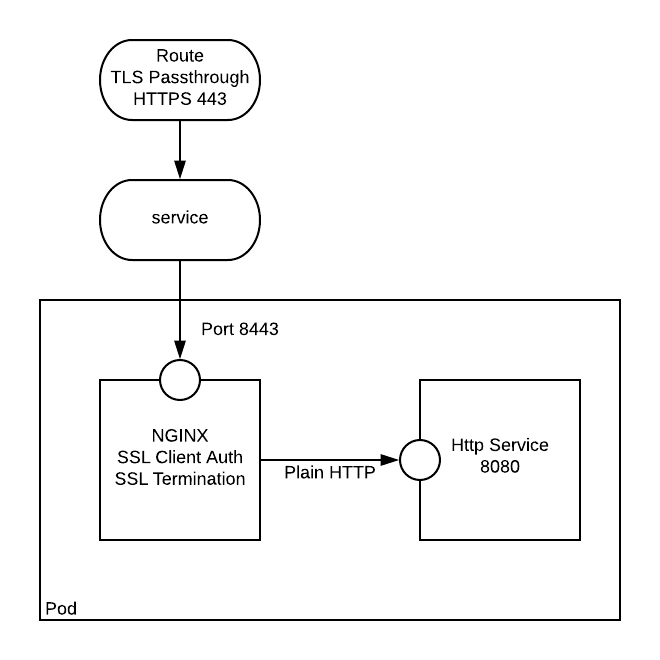 Stand up a plain http application

For the purposes of this exercise, I am using crc. minishift can also be used. Initially we need to create a simple app that exposes some http application. In this instance we create a simple nodejs app from a template that is available in the openshift namespace.

You should now be able to user your browser to get to the default route that was created: 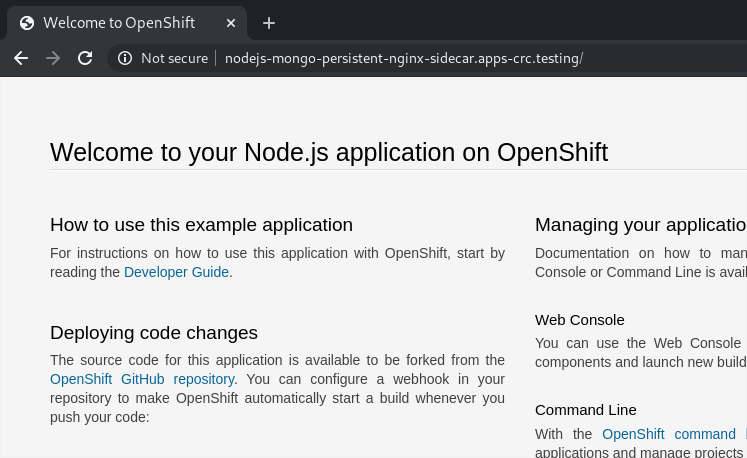 Note: I ran into this issue on Fedora - follow the instructions to resolve: https://github.com/code-ready/crc/issues/119

As explained in the below gist we need to do the following:

During the certificate requests you will be prompted for more info, I mainly focused on using a Common Name that was appropriate for each scenario (i.e. Root, Server, and Client). Any ‘extra’ attributes like challenge password were left blank.

The following command will build an ssl configured nginx image using s2i based on the Red Hat nginx image:

It can be seen from the snippet below that the ssl certs are required to be in a certain directory (/etc/nginx/certs/):

You should be able to see the build complete, like so:

Creating the Secret and Sidecar

Now we need to create a secret to store our certs, we only require the server.crt, server.key, and ca.crt:

Everything is now ready for us to add in the sidecar nginx, to hook it up we need to do the following:

Our app should now be configured for client ssl auth (note that it is optional - so you can still browse to the nodejs app by going to https://nodejs-mongo-persistent-nginx-sidecar.apps-crc.testing)

Configuring the browser client with the SSL client cert (Chrome)

Navigate to chrome://settings/certificates. You will see that you are able to import certificates:

Once imported you can view the certificates: 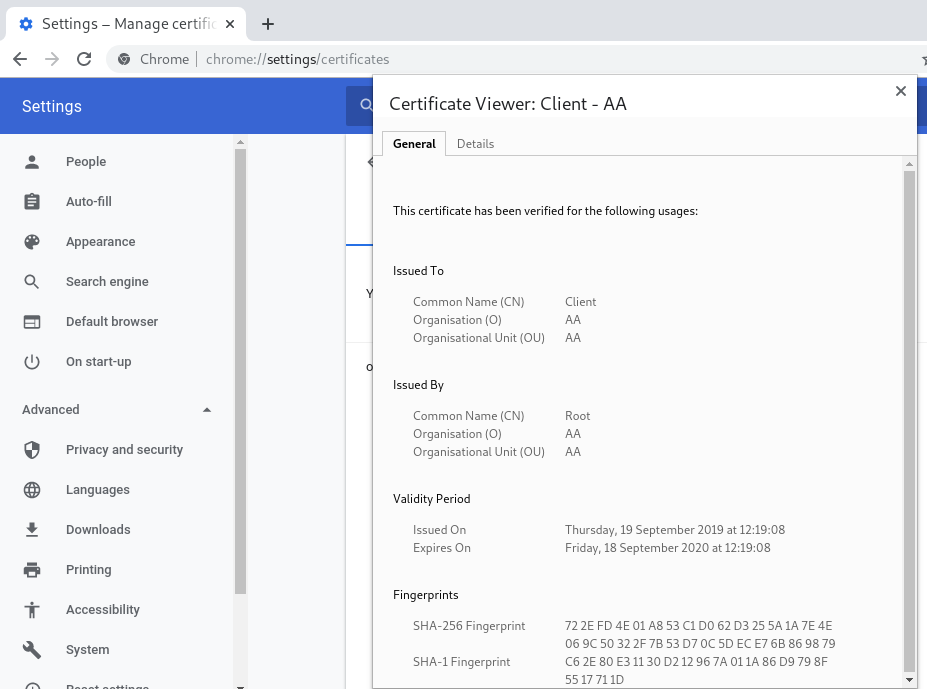 Now when you browse to https://nodejs-mongo-persistent-nginx-sidecar.apps-crc.testing you will be challenged to authenticate. This will throw up a prompt for you to select the certificate with which you want to authenticate: 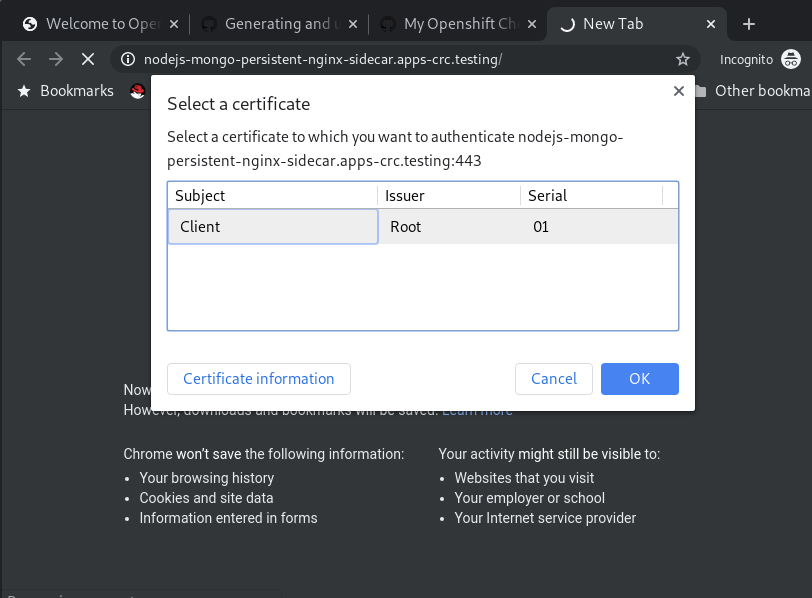 Phew! Well, it doesn’t sound like much work, does it? Now we have a working ssl client auth. If you’re happy with it then you can change your NGINX config to ssl_verify_client on.